If anyone could claim to have established a recognisable strain it was surely Mrs Drummond. In the early days her kennel was based on Hyver, Harvieston, Brocaire, Donnington and Twobees stock. Her ability to blend these lines into her own unmistakable type was truly a great gift. Her Blencathra Cairns were renown the world over for their outstanding heads. Drummie said “ Without the REAL Cairn head you haven’t got the true Cairn - only a Cairn terrier “. 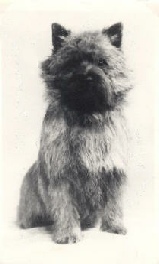 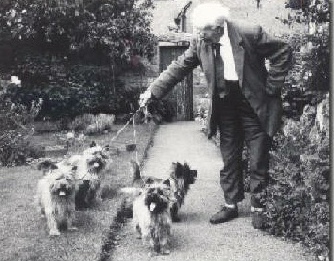 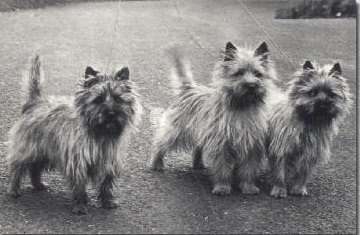 Sandpiper made up in 1947, was the first Blencathra Champion. He was to be an influential dog in the Breed, sire of five Champions. Mrs Moody wrote in 1952: “Sandpiper was surely a great stud force and one which will undoubtedly leave his impression on the breed in years to come. Sire of champions and innumerable Ch. show winners, a great many sires are born, but few leave their mark on the breed, and it must a great loss to breeders that he should have died at the young age of seven and half years”. 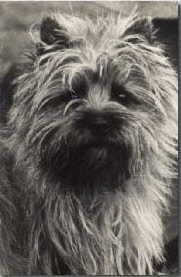 Mrs Drummond rarely parted with a Blencathra bitch but did provide fellow breeders with a selection of top quality Stud Dogs. Over the years these dogs, though from different lines, were all of unmistakably the same type. This was ”Drummie’s” great talent, she had a great “eye” and was able to pick the dominant bitches to breed from, and these were not always the Champion bitches. 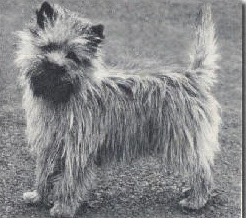 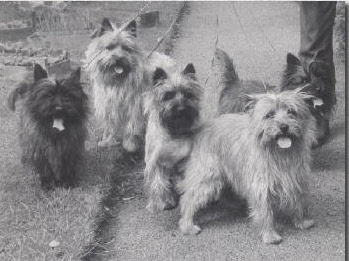 A great contribution to the success of the Blencathra Kennel was made by Mrs Drummond’s friend and kennel help, Mary Elliot. She was with Drummie and the Blencathra's for over 30 years. Devoted to her charges, she lovingly reared the puppies and cared for the other cairns at Carnforth. 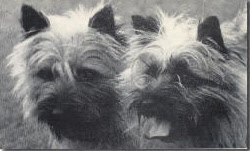 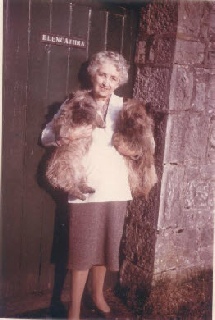 Jim Pollock writes “I first met Mrs Drummond in the early sixties. To this day I can remember my excitement at my first visit to what I had been told was the Mecca for all who thought true heads defined the breed. On arrival, one was shown in to a small sitting room with every wall and available surface covered with paintings and photos of Cairns. Before your eyes were generations of Blencathra heads. Proof, if proof were needed that she had heads "fixed".

Stud fees were always in Guineas, “The shilling, it was explained was for a "scarf for Mary", the back room girl. Mary must have had an awful lot of Scarves! Bitches were mated in the hall and I remember commenting that Derryvale Tara seemed particularly keen on being introduced to the bitch, to be told that he had returned from Belfast show the night before and promptly killed a rat in the garden!

Mr Drummond was a very good pianist and it was quite usual to mate the bitch to the sound of classical music.  I can't remember whether this helped the proceedings or not.

With the best will in the world it could not be said that the Blencathras were always well presented, even by the standards of the day. The late Bill McCulloch once asked Mrs Drummond if there were any combs at Blencathra. Later when he judged the first Joint Ch. Show, she waved a comb under his nose.

One felt particularly proud to be shown the dogs in their runs, and I remember being very taken by a bitch puppy and very tentatively asked if she were for sale. "Mr Pollock, you couldn't afford her". How right she was.

As a comparative novice and in awe of the legends in our breed, it confused me to hear her talk rather disparagingly of "a man, not a million miles away", who had bred one or two nice little dogs. 'Tho a glance at one or two of her pedigrees shows she wasn't averse to a little "R. blood”.

Two greats in the Breed ; Walter Bradshaw and Mrs Drummond, each had enormous rivalry and respect for the other, their differences regarding the cairn best summed up in the sayings of each. Drummie “without the real cairn head you do not have a true cairn” to which Walter replied “ Aye but a cairn doesn’t walk on its ‘ead”. 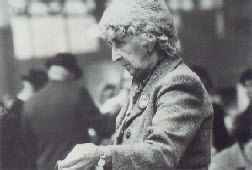 In 1923 Mabel Drummond registered with the Kennel Club her first cairn, It was simply named Blencathra. The Blencathra prefix was registered in 1925, and the first challenge certificates were won pre-war, Blencathra Cracksman winning 2 CC’s in the 1930’s. But it was after the war that the Blencathra Kennel really made its mark in the show ring. The first champion to be made up was Ch Blencathra Sandpiper in 1947 and from that time until 1971 when Ch Blencathra Barret gained his title. “ Drummie” , as she was affectionately known, continued to bring out one after another, campaigning to their titles no fewer than than 25 cairns.

A Few Thoughts On Cairns Now and Then by“Drummie”