The Baroness Burton she had the most wonderful sense of humour and was most kind to me. She liked me to steward for her and she was a wonderful example of how a judge should control the ring and would never tolerate a bad temperament-  I might add, canine or human! 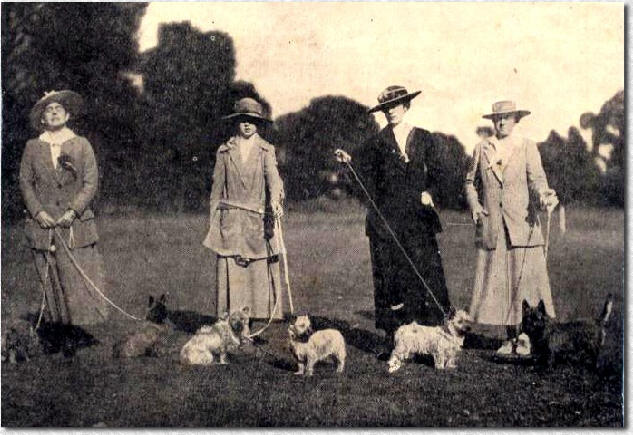 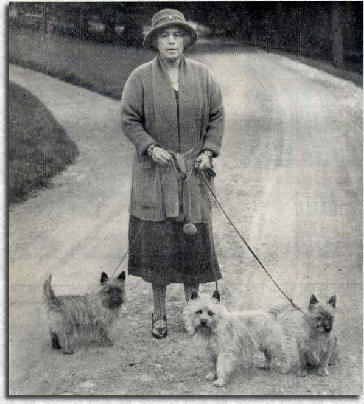 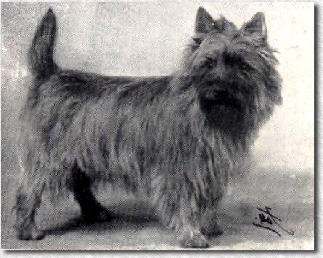 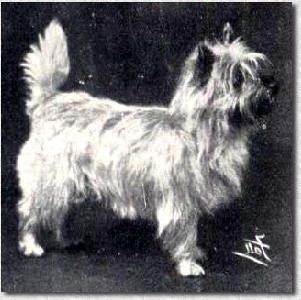 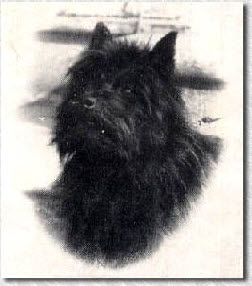 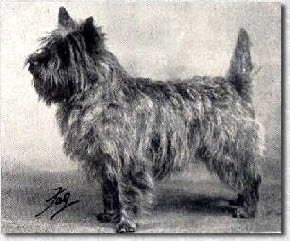 Any kennel which has won its first certificate in 1914 and its last in 1958 must be credited with having more than a little influence on the breed . These dates include the long history of the Dochfour kennel owned by Baroness Burton. The first Champion was Rona, a daughter of Ch Firring Fling, which takes us right back to the earliest championship-show days. The Kennel has, through the years, housed 21 certificate winners, of which 11 became champions.

Baroness Burton was one of the leading personalities in the history of the Cairn Terrier. She was a successful breeder, exhibitor and well respected Judge, her long judging career included Crufts in 1914. President of the Cairn Terrier Club and Member of the Ladies Kennel Association, she was a major contributor to establishing the Cairn Terrier as an exhibition animal.

The 1920’s were a very productive era for the Dochfour Kennel.

Ch Ross-Shire Warrior was bred by Mrs H Forbes but purchased by the Baroness immediately after he had won his first CC from the Puppy class. She considered him a very “Lucky” purchase. He was a big influence in the Kennel and his daughter Ch Dochfour Vennach gained her title in 1922 and was Top Cairn that year.

Of the 11 Champions that were housed in the kennel, perhaps the most notable were Ch Dochfour Vennach and her daughter Dochfour Vuiach Vorchad. Between 1922 and 1926 they won 21 certificates, the former winning 10 and the latter 11. They were considered two outstanding cairns and there was considerable debate to which one was the better.

Dochfour Jack , was the kennel’s most influential stud dog in the 1950’s. He sired 3 Champions and was described as “ a dark red brindle , very game, hard bitten looking dog, who looked a real worker”.

Jake was never shown owning to having had distemper early in life which left his teeth marked,

His dam Dochfour Freda was also never exhibited as she was a war “ baby”, but according to judges who saw her, she was a lovely bitch who was well up to championship form. 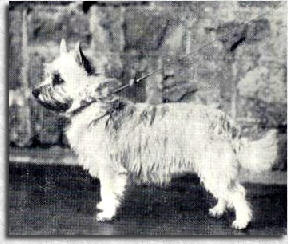 Baroness Burton ( Nelly Bass), was a member of the famous brewing Family, a friend told her she had heard some ringsiders whisper about her as being “Hardly Vere de Vere” to which her Ladyship had promptly replied “ No! Beer de beer and damned good beer at that”!

Her interest in dogs was not a passing fad. She began in the early 1890’s with a French Bulldog, then owned Westies, Pekingese, and finally Cairns, and all the time keeping Keeshounds, Labradors and Gordon Setters. All of her sporting dogs were worked by the Baroness herself and she did not give up shooting until she was 75- a remarkable lady!

The Baroness Burton with Dochfour Vennach,

Baroness Burton provided several Cairns to HRH The Prince Of Wales ( later the Duke of Windsor).

The Cairn Terrier had been a favourite breed of The Royal Family for many years and several members of the family had owned one.

The only time a member of the Royal Family showed a cairn was when HRH The Prince of Wales showed his cairn, Dochfour Molly, at the Caledonian Canine Society’s Championship Show on the 1st January 1924, were she won the reserve bitch certificate. 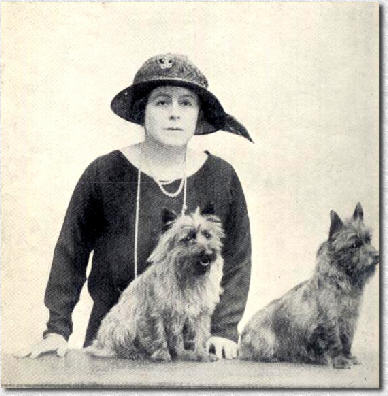 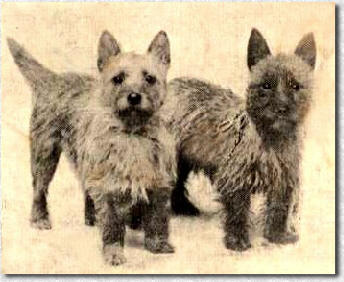 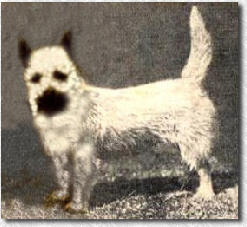 Baroness Burton was very proud in 1951 to make up three homebred Champions in a period of six months, an achievement which she believed had not been done before. This was Ch Dochfour Suisadh ( a daughter of Jake), Ch Dochfour Eacob ( a son of Jake) and Jake’s granddaughter , Ch Dochfour Langach.

This was an even greater achievement as all three cairns, had in January of that year, suffered from very bad hardpad.

The last Dochfour Champion to be made up was another daughter of Jake , in 1958, Ch Dochfour Bean Mormhaur.

Baroness Burton was a great admirer of Mrs Campbell’s Cairns and it was her great desire to maintain and continue the “Brocaire” type.

The first champion the Baroness made up was Ch Rona ( sire Ch Firring Fling). Rona won her first CC in 1914 and the following two CC’s in 1915, she was to finish with a total of 6 CC’s. Shows had continued during the First World War but finally in 1916 the shows ceased due to the seriousness of the war.

Baroness Burton belonged to a group of Society Ladies who had connections North of the Border and made annual visits to their properties in Scotland. On these sporting estates they were introduced, through their Gamekeepers, to the lively, game little working terriers - the Cairn.

When they came south after the season was over, they took their Cairns with them and the attractive little dogs were seen in the London Parks or where Society gathered. With their support and encouragement the Cairn Terrier soon rapidly gained popularity and became, during the 1920’s and 1930’s, one of the leading Terrier breeds in the show ring. 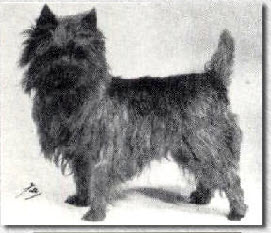 A visitor to the Dochfour Kennels in 1922 wrote “ I found a collection of between sixty and seventy Cairns counting all ages. The Dochfour dogs are “lucky dogs” as they are kenneled in a huge airy stable, divided off for them, facing south, and lighted by electric light. For the day they have ten large grass runs on a sunny slope, with plenty of shade for the summer. From the entrance gate to the far end of the garden is quite two miles, so the facilities for exercise in safety from motors is great. The place abounds in rabbits, and the dogs are not only allowed, but encouraged to hunt, which, of course, accounts for the game look every one of the Dochfour Cairns possess.

The Cairns are in no way coddled, no heating in the kennels and I was immensely impressed with the health, condition and liveliness of all the stock. When at home the Baroness is always in the kennels - a fact amply vouched for by the obvious affection every dog shows for her”.