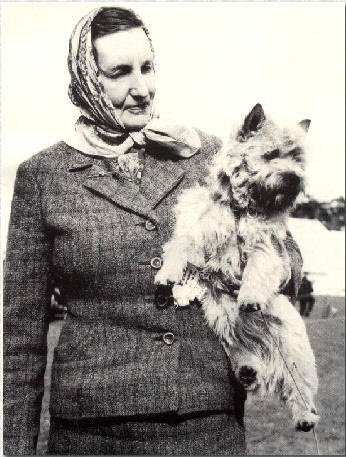 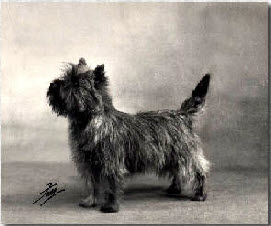 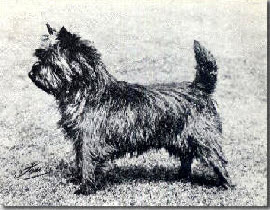 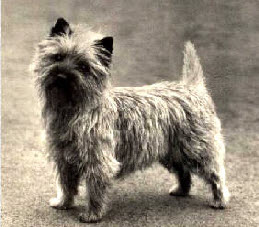 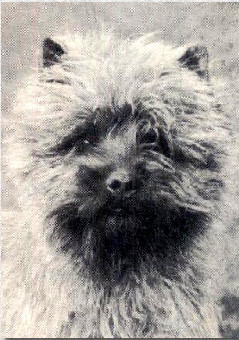 The Oudenarde kennel was founded in the 1920’s by Helen Hamilton and her sister Mrs Margaret Temple. They were joined in the 1930’s by their sister - in - law Diana Hamilton. The kennel is now run by Diana’s daughter, Ferelith Somerfield. The Kennel has housed Airedales , Border Terriers, Irish Terriers, Dalmatians, Fox Terriers and English Setters, however it was the Cairns Terriers that were to bring the kennel to prominence. In a period  from 1949 to 2006, 31 Oudenarde Cairns have became Champions.

The Hamilton family were steeped in livestock breeding, their forebears had bred racehorses and Helen Hamilton herself bred several breeds of animals, including poultry.

Helen and her sister had a number of dogs before the Cairns, including Fox terriers but it was with the Cairns Terriers that they had the greatest successes in the show-ring.

The Kennel was awarded a CC just before the Second World War, but it was taken away because the dog was entered only in special beginners, a class which at that time did not qualify for CC’s.

Therefore the first CC officially recognised by the Kennel Club was won by Mitzie of Oudenarde in 1946. The first Champion to be made up was Ch Oudenarde Dusky Belle in 1949.

Sea Hawk, a Marauder son, was one of the kennels most successful exports, going to the Canadian kennel of Cairndania, owned by the world famous Betty Hyslop. 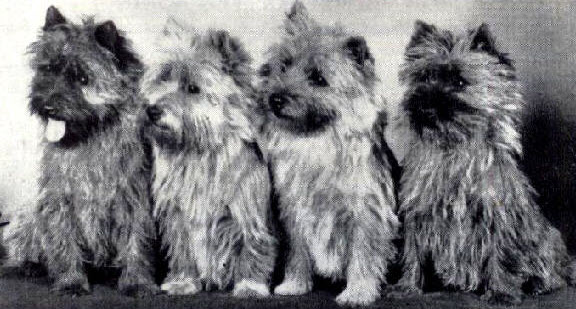 Diana Hamilton had a great knowledge of dogs and willingness to share that knowledge with others. She was a judge at all levels internationally and gave untiring efforts in administration matters from Kennel Club Committee level through breed clubs to local organisations.

Her main interest was, of course, the Cairns Terriers, which she had judged in more countries in both hemispheres than any other. However she was also involved in the breeding and showing of the Irish Terriers, Border Terriers, Beagles, English Setters and Dalmatians with the highest success in each breed.

She had great integrity in all she did, was a very popular judge of so many breeds and was a Lady with a tremendous sense of humour and as her friends commented “ she was great fun to be with”. 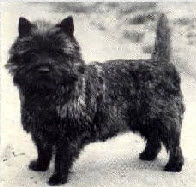 The Kennel is still active and in the capable hands of Diana’s daughter, Ferelith Somerfield.

Ferelith’s life had been dominated by dogs and dog people. A International Judge of all breeds and Editor of Dog World for many years. Extremely busy with her judging and other commitments has meant that breeding and showing of the Cairns has been limited, however Ferelith has added three Champions to the Oudenarde total. In 1985 the male, Ch Oudenarde Wot A Lad, owned by Ferelith’s husband, Major Somerfield, gained his title. Then in 2003, the bitch , Ch Oudenarde Buffy’s Angel gained her title in the ownership of Mrs Grainger and in 2006 Buffy’s litter sister, Ch Oudenarde Belle Amour, owned by Alma Smee, won her title.

Dorothy Hall (Felshott) wrote in 1980 just after Diana died, “ 1nevitably - Hamilton and Hall - we were benched next to each other. For several years we exchanged friendly greetings, admired each others dogs - then we realised that Diana was basically a Northumbrian who had been born only nine miles away at Alnmouth. From that moment the friendship blossomed - and a dear and well loved friend she became. Fun it was, the arguments and discussions we had. We like to think that both sides emerged having learned something. I do know that both sound advice is practiced here. What a great picker of pups she was!

None of the Cairnites must ever forget all that she did for our three Cairn Clubs. Throughout the last 30 years she never spared herself in her dedication to our breed. 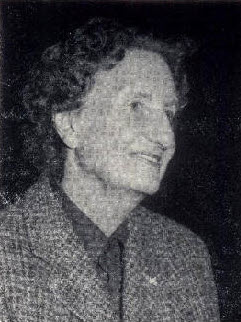 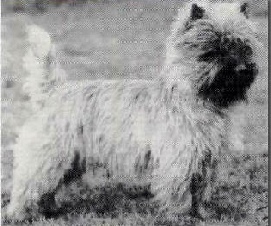 This bitch was one of Diana Hamilton’s favourites’. Tom Horner, in his book “Take Them Round Please”,

wrote “ Ch Oudenarde Fair Prospect was I considered one of the greats of the breed, showing the true Cairn Terrier expression and correct length of body and leg”. 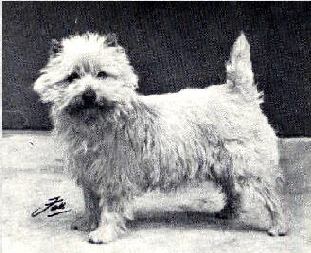 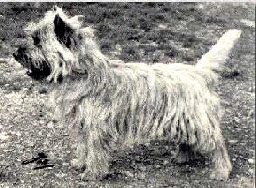 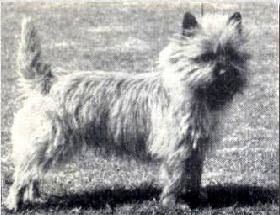 A wonderful record of consistency 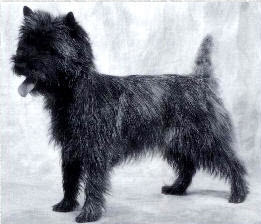 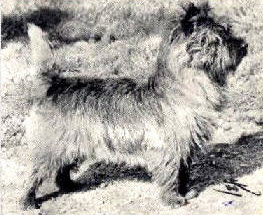 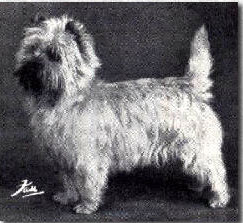